Did you know the Georgia-lensed film Deliverance (1972) by director John Boorman bolstered tourism in Georgia due to the beautiful landscape of the Chattooga River? Or that because of the popular response to the film, then governor Jimmy Carter installed the Georgia film commission in 1973? Since then, Georgia has been the home of over 1,700 film and television productions making it the third most popular state to film in behind California and New York.

This month we’re featuring Georgia-lensed films and television series along with costumes from or inspired by the production. See how the Peach State bloomed into one of the hottest film destinations in the country, and built a society of Georgia filmmakers. Come in to SCC to outfit your next Georgia-lensed film with these costumes and so much more! 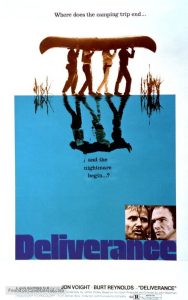 Set and filmed in Georgia on the Chattooga River (named Cahulawassee River in the film), 4 Atlanta businessmen embark on a camping and river rafting trip before the beautiful river is turned into a lake by a local power company’s dam installment. The vacation turns into a survival trip in the Georgia wilderness.

At SCC, we have a selection of outerwear such this hunting vest and outdoor sports hat that would fit the bill for an outdoor action/adventure film. 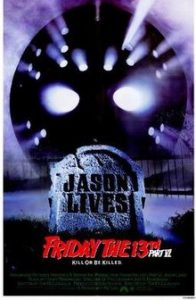 Teen slasher villain Jason Vorhees is at it again in this 6th installment of the Jason Vorhees franchise. When Tommy goes back to Jason’s grave to get rid of his body once and for all, he accidently brings him back to life! 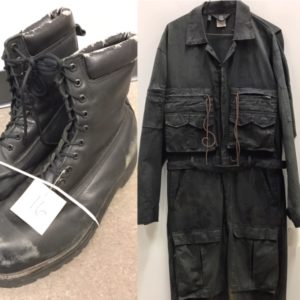 Jason would love our huge selection of work wear coveralls and work boots such as this distressed set – (we think Michael Myers would too!) 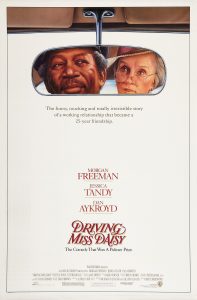 Filmed in multiple locations in and around Atlanta, GA, Driving Miss Daisy tells the tale of an unlikely friendship between an elderly white Jewish woman and her African American chauffer. Set in the 1950s, this film has beautiful authenticity of life in Southern America. 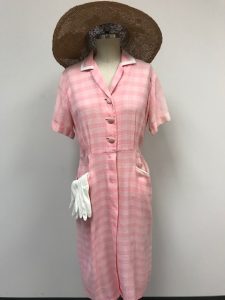 Miss Daisy would be overjoyed at our selection of women’s vintage dresses including this pink checked dress with straw hat and white gloves. 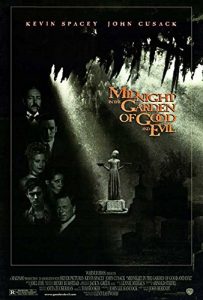 This film is an adaptation of author John Berendt’s true crime novel based off the life and murder trial of Jim Williams. Set in the time (1981) and location of the murder (even shooting inside the historical Mercer House in Savannah) a self made antiques dealer and historical preservationist (Williams) is put on trial for the murder of assistant Danny Hansford (name changed to Billy Hanson in the film). 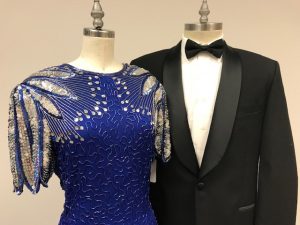 We’d never dream of trying to out do John Cusack and The Lady Chablis, but this glamorous royal blue formal dress and sharp black tuxedo would do the trick for any formal gathering scene. 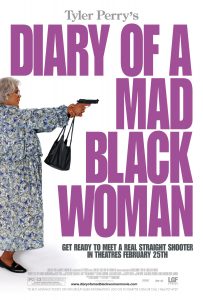 Tyler Perry’s beloved character Madea dishes out her wisdom and sarcasm when her niece Helen’s plush life comes crashing down around her. Set and shot in Atlanta, GA, this story of love and redemption tugs at the heart strings. 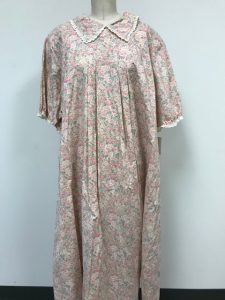 Madea is well known for her floral dresses and quick wit attitude, and we think she’d hand out great wisdom in this floral number. 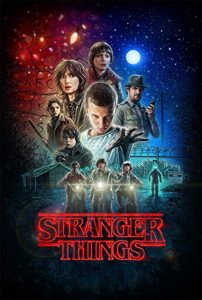 A Netflix triumph, Stranger Things tells the tale of a group of kids in the 80s that fight a terrible force to save a friend who disappears and the subsequent seasons show the strength of their friendship as the threat grows. 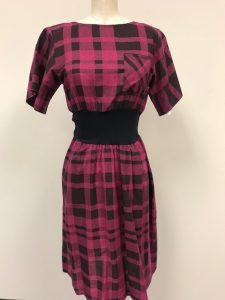 Not all of the scenes are full of terrible trials. At the end of Season 2 we see the kids enjoying the Winter Snow Ball, and Nancy in this awesome 80s checked dress.