The Men’s Fashion Staple to Die For…

The suit and tie has a long standing position in men’s clothing history. The evolution of the suit started with the elaborately decorated outfits of men at court (1600s – 1700s). Since then menswear has become a lot simpler. 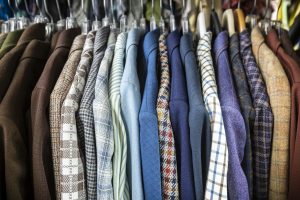 The basic parts of a suit have seen adjustments throughout history: 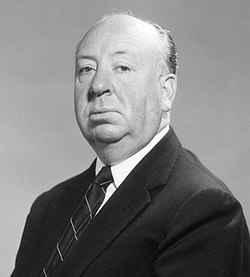 The Master of Murder, Alfred Hitchcock, always made his appearances in a black suit and tie. From his cameos in most of his films to his introductory monologues of his television show Alfred Hitchcock Presents, he can be seen wearing the men’s fashion staple. Although Hitchcock personally kept it simple with his black suit and tie, he used costuming as a way to communicate to his audience the true nature of the characters in his films. Colors were particularly important in demonstrating the good or evil, the innocent or guilty, or the hero or victim of a character.

Join us all month as we display our menswear collection and revere one of film’s greatest directors – Alfred Hitchcock. We can dress your male leads for success with our business attire, formal wear, and casual clothes – complete with complimenting accessories. Be sure to follow us on Facebook and Instagram for photos and information about our menswear collection.

During his time as a director (1919-1980), Hitchcock directed 52 films and appeared in 40 of them! What started as a joke became his signature, and thus became known as “King of the Cameo.”